Having never climbed in Hueco, yet wanting to climb there for many many years, I have gathered beta from climbers for a long time. The one piece of beta was to do the Wanker 101.

The Wanker is a 101 boulder problem circuit that only has a couple rules.

Although there are several lists floating around, most of them are now very obsolete due to the boulder closures put forth by the Hueco Tanks State Park. So with that in mind, I set out to get my own list, only climbing routes and boulders that were open.

Coming from the Red River Gorge, and having some endurance, I thought that the Wanker may be harder on the skin than the actual climbing amount. Turns out, it was rather easy. Both on the skin and timing. I was easily done by 3:30pm, having started “late” at 10:15. This even after watching some friends work a cool V8, and chatting with a small group under No One Gets Out of Here Alive (V2) for at least 1 hour, and running 5-7 laps on it.

I started out on the Deliverance Boulders and working my way around the mountain. By 12:30, I was finishing up the easy ones at the New Meadow, and logged 50 problems. I was already half-done.

The pace slowed dramatically, partially due to te spaced out problems, and partly due to the lack of urgency.

By 1:50pm I had done 63 routes and started noticing fewer and fewer people on the mountain. It was hot. My guess that everyone was already put in their sessions and moved back into the shaded areas, or left the park all together. Me, I pressed on, in a gear much slower than I started, but what I can “Bulldog”. Named after the gear that coal trucks have to carry massive weights up steep mountain hills.

After doing the less scary routes at the Summit Boulders, I thought I would take a shortcut down to the final route, Ghetto Simulator (V2). I got lost. Not really lost, but given the layout of the mountain, and my very poor decision of footwear, made it very timely mistake.

I ended up at the top of Ghetto at 3:00pm. Ghetto Simulator is a classic V2 steep pumpy problem that has a boulder ramp behind it that makes it rather safe given its actual climbing height. Coming the the Red River Gorge, this is my bread-and-butter. Steep with big holds.

I hit the 101 mark of the Wanker at about 3:33, and continued climbing Ghetto 5 more times just for good measure. 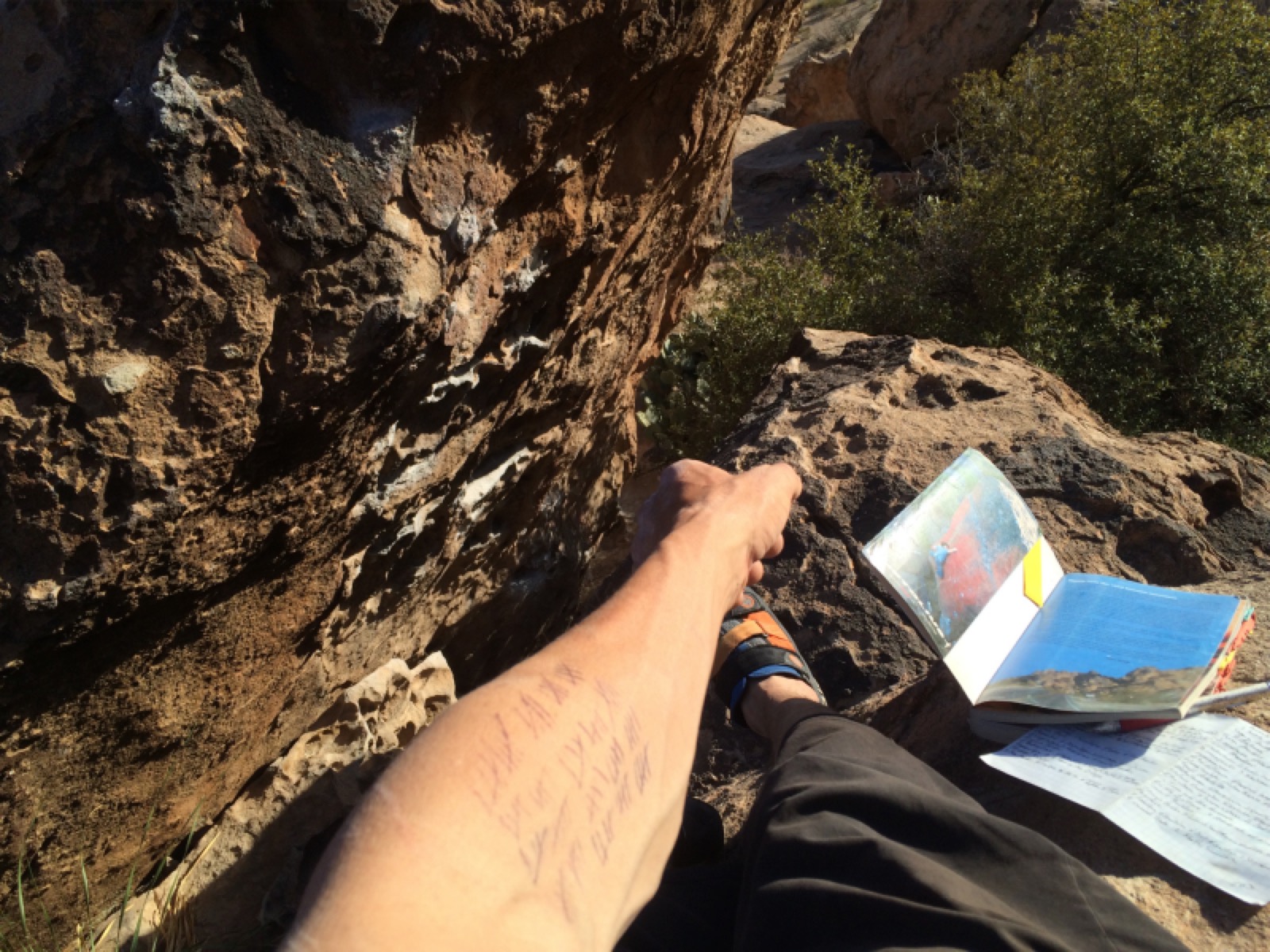 I packed up and walked out alone, not seeing a single person. It was a great finish to a great day climbing classics and non-classics on the North Mountain in Hueco.

Next year, I will have a different plan. 101 problems ending on Ghetto is too